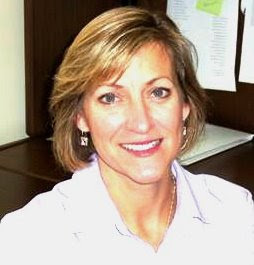 Asset Champion Angie Eilers is working toward getting Minnesota to invest in Minnesota’s students. A St. Louis Park resident and mother of elementary-aged children, Angie is also Research and Policy Director for an economic think tank in St Paul, Growth & Justice. She has been directing a broad-based education effort to get Minnesota to invest more in children–from birth until they finish college.

Growth & Justice’s “Smart Investments in Minnesota’s Students” proposal is a research-based consensus-driven proposal that aims, by 2020, to increase post-secondary attainments rates in Minnesota by 50%. The reason for this, says Angie, is that Minnesota’s student can no longer afford to live at a basic-needs budget or above with just a high school diploma. The new global demands of new economies will require students to obtain a one-year, two- year or four-year degree in order to make a living wage.

In order to achieve this ambitious post-secondary attainment goal (which is a goal shared by others including the Bill and Melinda Gates Foundation), students will need to perform at or above proficiency levels on key benchmarks in reading and math all through their elementary and secondary education career. To understand how Minnesota can arrive at this goal, the Growth & Justice project first identified the academic benchmarks that students need to meet–from early childhood to high school– in order for students to qualify for enrollment and to succeed in post-secondary degree programs. The study then determined where Minnesota’s students stand currently on each of these key benchmarks. Growth & Justice then commissioned seven economists to examine the most effective and cost-effective interventions that would raise student proficiency to a level that correlates with students’ likely success at each subsequent academic level. Finally, after examining the effective programs that would bring students above or beyond proficiency and make an impact on the achievement gaps among Minnesota’s students, a statewide steering committee (that included former Senator Steve Kelley) arrived at a proposal that would meet students’ needs –from birth through college-in the most cost effective way and at a price Minnesota can afford.

Children First supporters will be happy to know that many of the most effective and cost-effective interventions reflect the work of the Search Institute and local efforts, such as mentoring, tutoring, out-of-school and after-school programs. The report is available by request : angie@growthandjustice.org or it can be found on the website at www.growthandjustice.org

Angie will be presenting the research findings and the education proposal at a League of Women Voters meeting on Jan 15 at 7:00 at City Hall in St Louis Park. Anyone interested in welcome to attend.