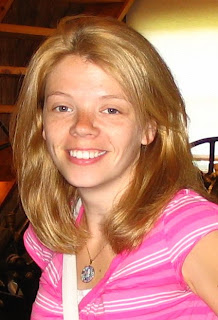 Asset Champion and Peter Hobart Primary Center kindergarten teacher Nikki Daly was part of the SEEDS II, a diversity training that is offered in the St. Louis Park School District. During SEEDS II, participant groups are responsible for teaching one of the sessions based on a book. Nikki’s group selected Freedom Writers by Erin Gruwell. Nikki and her group encouraged each classroom teacher in the training to select one student to focus on during the year. Similar to what teacher Erin Gruwell did in Freedom Writers, they asked participants to learn about the child: what the young person likes, what they do before and after school and where they were struggling in school. The teacher then came up with a plan to help the student succeed during the school year.

Nikki’s group developed hands on activities to impart the important concept from the book, which was building developmental assets by finding something that students were interested in, and really getting to know the students. Activities included:

· Watching clips from four movies and comparing them to what students deal with in their lives.

· A card game where every table got a different set of rules to the same game. Each table played together until there was a winner. The winner then moved to a new table and didn’t get the new rules. They processed this experience by comparing it to how students feel when attending a new school.

· Participants received cards with words on them like family, friendship, wealth, health, work, ethics, and religion. Participants placed the cards in order of importance and teamed up with someone they hadn’t worked with before to come to agreement about what was important to both of them. The activity was repeated in a group of four. “This exercise demonstrated how different we all are. What those words mean to us might not mean the same thing to someone else,” said Nikki. ”It showed how we have to make compromises to make things work.”

· The class had a poster size outline of a child and groups of participants had puzzle pieces that fit the poster with asset words like parent support, safety, caring, honesty and respect. Participants discussed ways to support the assets through situations with their students or ways to instill that asset in a child. As each group shared, the pieces were put together to create a whole child. Nikki explained, “We wanted participants to know that if we want to produce well-rounded children we need to instill the 40 assets and inform parents on how to make this happen as well. “

And what of the students that teachers focused on during the year? Nikki shared the progress made with her student who was having behavior problems. She discovered he was hungry. Over MEA break, she provided food to last the family through the long weekend. Then she worked with Michelle Bryant, school social worker, who connected the family with community resources including STEP. Nikki had the child eat lunch as soon as he arrived at school and put him on a behavior chart with the reward of a healthy snack to take home. The student’s behavior improved and he made strides academically.